"All substances are poisons; there is none which is not a poison. The right dose differentiates a poison from a remedy"

Toxins and toxicology – a short history

Poisons have been with us since we first started playing with nuts and berries on the forest floor. For many in ancient times, poison was the personal and political tool of choice.  During the late 1st century AD Juvenal described the moral decay of the elite of the Roman Empire and in his satires claimed that poisoning for personal benefit had become a status symbol.

The identification of poison in the body remained elusive up until arsenic became detectable in 1836. Early toxicology developed in tandem with the ‘Chemical age’. As elements were discovered and new compounds synthesised, so too did the capacity to analyse and detect chemicals outside of the lab. 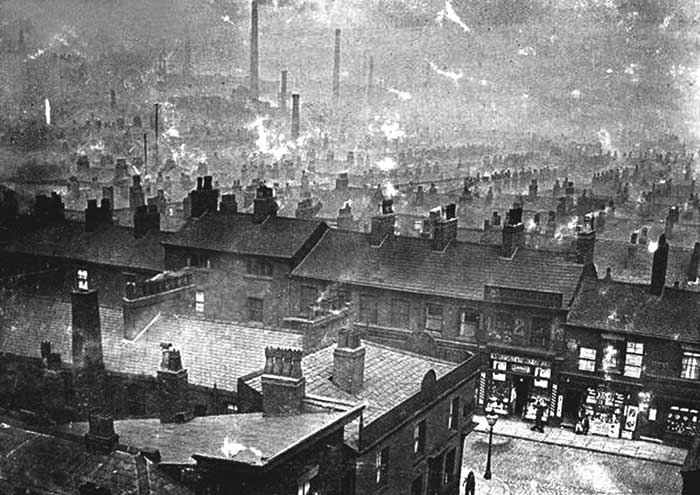 At the end of the 19th century most of northern Europe’s working populations were employed amongst, or living close to, industrial processes in ways that we would now consider unthinkable. Sadly, the many risks of exposure would have been completely novel.

With the increased exposure to industrial chemicals in significant quantity came the first associations between chemical compounds and public health. Chlorine, for example, had been first synthesised in 1630, but its industrial production had to wait until the beginning of the 20th century. The connection between exposure to chlorine gas and sickness is stark and immediate: a strong-smelling yellow-green gas resulting in respiratory dysfunction and, at high concentrations, asphyxiation 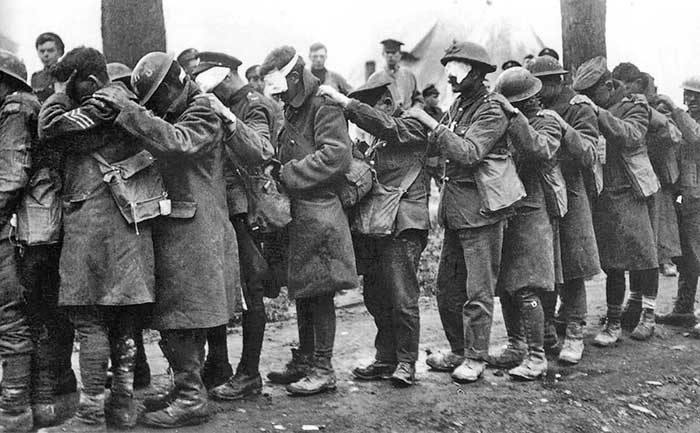 The military were quick to catch-on how dangerous industrial gases could be – just in time for WWI. Helpfully supplied by manufacturers BASF, Hoechst and Bayer, in 1915 Germany first exposed allied troops near Ypres to 168 tons of chlorine gas. One German officer remarked ‘This is a horrible weapon ...’. Wilfred Owen, wearing a gas mask, described the effects of an attack:

... Dim, through the misty panes and thick green light,

As under a green sea, I saw him drowning.

In all my dreams, before my helpless sight,

He plunges at me, guttering, choking, drowning.

If in some smothering dreams you too could pace

Behind the wagon that we flung him in,

And watch the white eyes writhing in his face,

His hanging face, like a devil's sick of sin;

If you could hear, at every jolt, the blood

Come gargling from the froth-corrupted lungs,...

Industrial emissions of toxic chemicals continued throughout the century. The worst accident happened in Bhopal in 1984 at Union Carbide’s pesticide plant. The release of  methyl isocyanate (MIC) caused the immediate death of 3,787 people living in the surrounding shanty town. Later figures provided in 2006 by the Government of India claimed that the disaster caused 558,125 casualties.  To this day regulation, particularly in the developing world, is largely reactive. Production technology still outpaces governments' attempts to legislate for public safety. 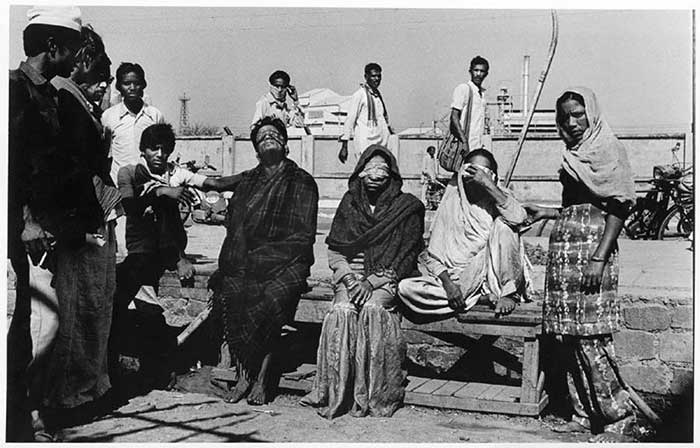 What was known at the time of all these industrial accidents was the visceral connection between contact and sickness. The effect of a single incident of toxin exposure was usually immediate and obvious. ie ‘acute’

What was unknown until modern toxicology evolved after WWII, was the effect of low-level, or ‘chronic’ chemical exposure on populations. New testing techniques enabled the detection of much smaller concentrations of environmental toxicants. Researchers could, for the first time, associate exposure with neurological, developmental, and reproductive changes. 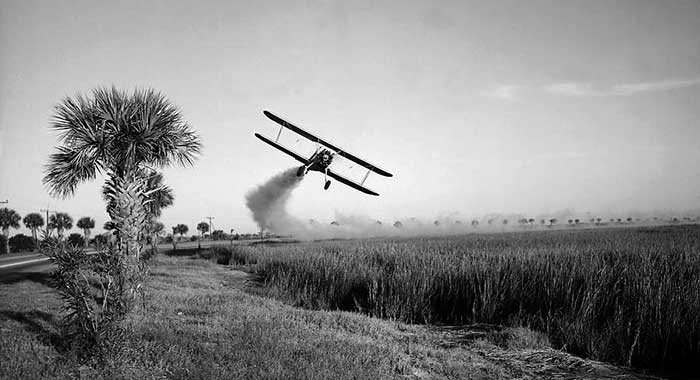 The results of the research and the lobbying of the nascent environmental movement were impressive. Rachel Carson’s book ‘Silent Spring’, a diatribe against the use of DDT in agriculture, led directly to the banning of the pesticide for most uses in the USA. Indirectly it led to the foundation of the US Environmental Protection Agency (EPA).

'People are exposed to a wide-range of hazardous substances in air, water and food. These include organic chemicals such as pesticides and other industrial chemicals, metals, airborne particles such as fibres and those produced by fossil fuel combustion and biological agents such as fungi and bacteria. These exposures may occur in our workplaces, in our homes or outdoors. Our response to these exposures may depend on our age and general state of health and our genetic constitution.

Assessing the need for control and predicting the likely impact of a certain level of exposure requires knowledge about the nature of the exposure, toxicological mechanisms and outcomes of epidemiological studies of associations between exposures and health impacts. ' (From a course intro at Cranfield University)

How toxins progress through the body 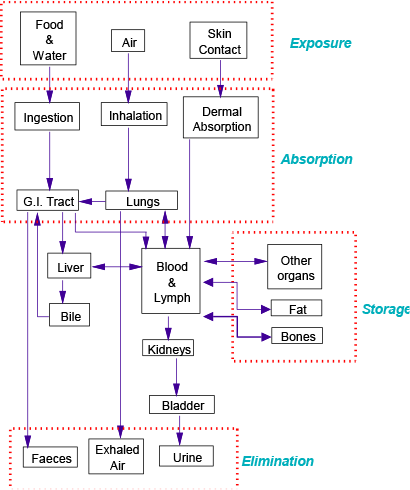 • Around 21 million chemical compounds from 118 elements (those in the Periodic Table) have been identified so far. New compounds continue to be synthesised to the tune of thousands a year.

• Compounds based on hydrogen and carbon atoms are called ‘organic’ and include formaldehyde and ibuprofen.

• Compounds based on other atoms are ‘inorganic’ and include ammonia and table salt (sodium chloride).

Health and the Environment: knowns and known unknowns

• Out of the millions of compounds identified, only very, very few have been examined for their chronic effects on health and the environment. About the rest, we know virtually nothing.