Lead is a basic chemical element . In the periodic table, lead is the heaviest of the ‘Carbon Group’ (others are Carbon, silicon, germanium, tin and fierovieum). Lead is a soft and dense metal that becomes lustrous when freshly cut. It tarnishes slowly in moist air to form a dull grey-blue coating.

• Can be attacked by pure water and weak organic acids in the presence of oxygen.

Metallic lead does occur in nature, but is rare. Lead is usually found in ore with zinc, silver and (most abundantly) copper, and is extracted together with these metals. The main lead mineral is galena (PbS), which contains 86.6% lead by weight.

Production and consumption of lead is increasing worldwide.

Lead from natural resources is estimated to run out in less than 50 years. Already the biggest source of lead is from recycling.

What is lead used for?

• About 80% of use, both as the metal and as the dioxide, continues to be in lead-acid batteries.

• Historically, lead was used in plumbing and, although largely replaced with other materials, it is not uncommon to find lead piping in old buildings.

• ‘White lead paint’ used to be a common a primer on the wood and metalwork of older buildings. Ultimately lead was banned as an additive.

• ‘Red lead’ was used as an anti-corrosive primer on external iron and steel – it’s use was also banned in 1992.

• Lead is also used in cable covering, as ammunition, as electrodes and in solder

• Lead is used as shielding from radiation, e.g. in x-ray rooms and nuclear reactors.

• Lead oxide is also used in the manufacture of crystal glass. 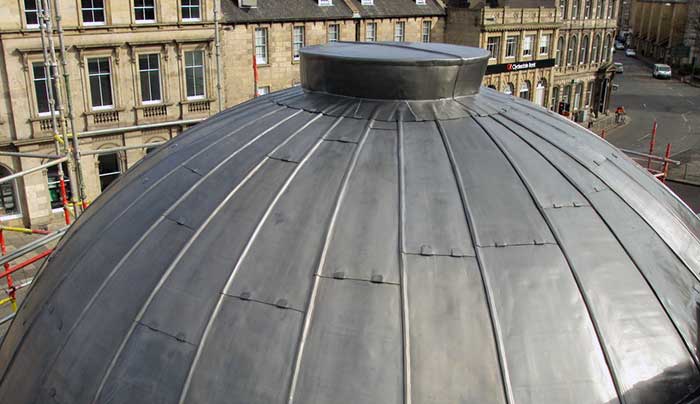 The lead industry in the UK promotes the ‘environmental benefits’ of lead, particularly its BRE Green Guide ratings, its recyclability and its low carbon footprint.

‘Lead is the ‘new’ eco material that has been around for hundreds of years. It is used on a variety of buildings, from the flashings on domestic porches and cladding and roofing on modern commercial buildings, to the domes of heritage buildings and churches across the world.

Now in the BRE Green Guide for the first time with a rating of A or A+, depending upon the use to which it is put; lead is a contemporary building material that has a key role to play in sustainability.’ (Lead Sheet Association)

Lead is extremely toxic. There is no such thing as a 'too smaller dose'.

In adults, occupational exposure is the main cause of lead poisoning. People can be exposed when working in facilities that produce a variety of lead-containing products eg radiation shields, circuit boards and ceramic glazes. In addition, lead smelters, glass manufacturers, construction workers (including roofers and plumbers), battery manufacturers and recyclers (the largest single group under medical surveillance) are all at risk.

In children, eating chips of lead paint in older houses as well as inhaling lead-containing household dust are the main causes of chronic lead poisoning.

With an increase of rainwater collection, potable water collected from roofs may contain lead from lead roofing, flashing or rainwater goods. 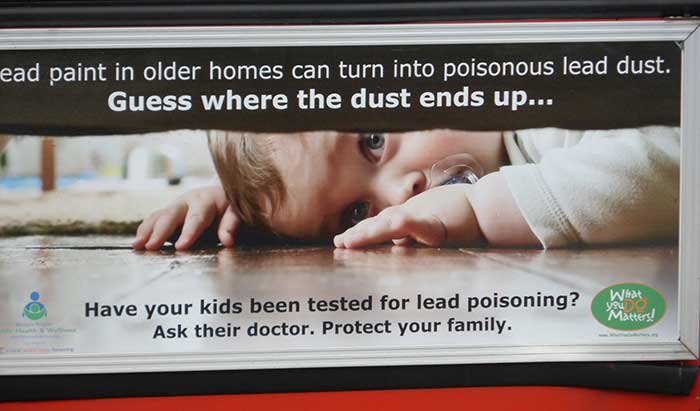 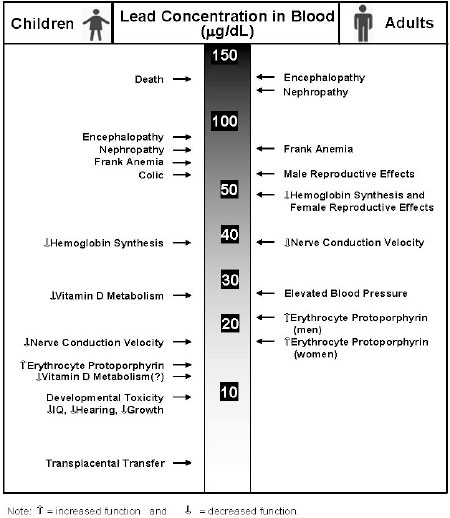 ‘Lead in sheet or massive form is not a significant health hazard.’ (Safety Data Sheet according to REACH Regulation (EC 1907/2006))

However, melting or operations generating lead dust, fume or vapour can result in sufficient lead entering the body.

Lead can damage the central nervous system, cardiovascular system, reproductive system, hematological system, and kidneys. When absorbed into the body in high enough doses, lead can be toxic. In addition, workers' lead exposure can harm their children's development.

Short-term (acute) overexposure–as short as days can cause acute encephalopathy, a condition affecting the brain that develops quickly into seizures, coma, and death from cardiorespiratory arrest. Short-term occupational exposures of this type are highly unusual but not impossible.

Extended, long-term (chronic) overexposure can result in severe damage to the central nervous system, particularly the brain. It can also damage the blood-forming, urinary, and reproductive systems. There is no sharp dividing line between rapidly developing acute effects of lead and chronic effects that take longer to develop.

• Lead-based paint in the United Kingdom was banned from sale to the general public in 1992, apart from for specialist uses.

• Control of Lead at Work Regulations Act 2002 places a duty on every employer to prevent or adequately control the exposure of employees to lead. It applies irrespective of the source of that exposure.

R 61 May cause harm to the unborn child.

R 20/22 Harmful by inhalation and if swallowed.

R 50/53 Very toxic to aquatic organisms, may cause long-term adverse effects in the aquatic environment.

S 45 In case of accident or if you feel unwell, seek medical advice immediately (show the label where

S 60 This material and its container must be disposed of as hazardous waste.