Bisphenol A is a carbon-based synthetic compound, belonging to the group of diphenylmethane derivatives and bisphenols. It is a colourless solid that is soluble in organic solvents, but poorly soluble in water.

Bisphenol A was discovered by the Russian chemist AP Dianin in 1891.

Bisphenol A has been in commercial use since 1957. It is used as a hardener in making polycarbonate plastics and epoxy resins. Common BPA products include water bottles, baby bottles, food storage containers, household electronics, plastic lenses, DVDs. Epoxy resins containing BPA are used to line failing water pipes and as a coating inside of many food and drinks containers.

Bisphenol A can sometimes be found as an antioxidant in flexible PVC. 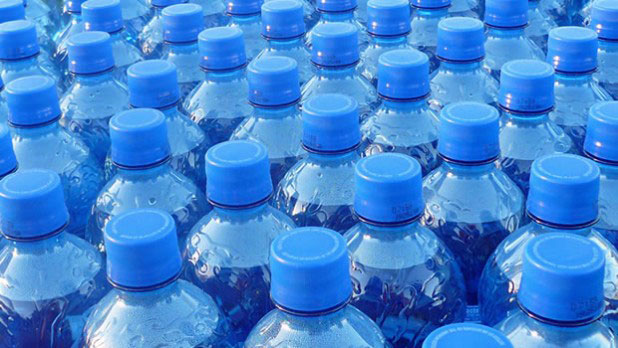 BPA in the Environment

'BPA can enter the environment either directly from chemical, plastics coat and staining manufacturers, from paper or material recycling companies, foundries who use BPA in casting sand, or indirectly leaching from plastic, paper and metal waste in landfills.

BPA affects growth, reproduction, and development in aquatic organisms. Among freshwater organisms, fish appear to be the most sensitive species. Evidence of endocrine-related effects in fish, aquatic invertebrates, amphibians, and reptiles has been reported at environmentally relevant exposure levels lower than those required for acute toxicity.' 1

Bisphenol A is an endocrine disruptor - a substance which interferes with the production, secretion, transport, action, function and elimination of natural hormones. BPA can imitate our body's own hormones in a way that could be hazardous for health. Babies and young children are said to be especially sensitive to the effects of BPA.

The stance of regulators

• The EU considered banning polycarbonate baby bottles containing BPA in 2011, but backed away following comments by the Medical Research Council who considered there be insufficient evidence to justify the measure.

• The UK Food Standards Agency expressed the view in 2009 that ‘… exposure of UK consumers to BPA from all sources, including food contact materials, was well below levels considered harmful.’

• The USA Environmental Protection (EPA) considers that BPA is not a health concern.

Perhaps anticipating moves against BPA in the future manufacturers are developing safer replacements for use in plastics.