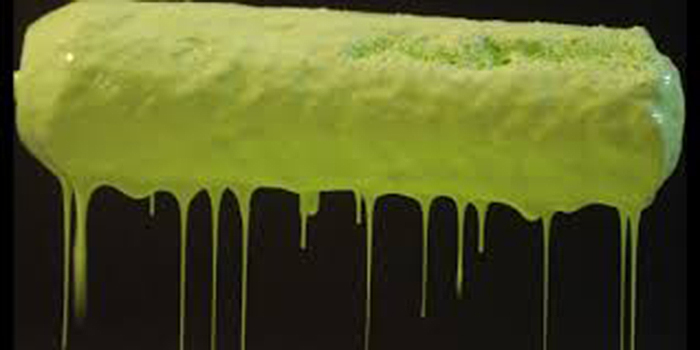 Employing the prefixes 'Eco' and 'Enviro' can make a non-green product hard to distinguish from those with verifiably green credentials - which is the point of the exercise. It can be a sign of a marketing campaign that is rushing to catch-up with the bandwagon. Often in desperation and without justification, an ordinary product, perhaps having been in production for many years, gets 'Eco' slapped in front of its name. Cynical you might think, but greenwashing opens doors.

(Canny marketing types have jumped quickly to stitch up whole markets by using the prefix 'Eco'  and 'Enviro' in front of generic materials so as to claim the high-ground and keep out their rivals. )

Check if there is anything else apparent about the presentation of the product that can back-up the claim. If not, talk to a salesman and prepare to be entertained.

Greenwash: I really want to be Green … (by association)

Another indicator of a marketing department devoid of ideas. The product has zero Green attributes, but the manufacturer needs to be playing in that arena. Cue product literature laden with aspirational images - trees, flowers, blue skies, happy people etc. Frustrating for those looking for something meaningful, that's as far as it goes, there are no environmental claims forthcoming.

A variation of this is where un-scrupulous organisers / editors allow manufacturers without Green credentials to present at trade shows or advertise in the Green supplements of trade magazines. Sadly, buying access to a market place is common.

Check with the manufacturer why their product is associated with environmental imagery and issues. Be prepared to be passed down a chain of pleaders of ignorance.

A manufacturer makes a claim but can't back it up. Examples include: 'made from 95% recycled materials' where no evidence is offered, even less to ISO or WRAP standards; 'Uses non-toxic binder' - a claim increasingly used as formaldehyde is substituted but often un-provable because the manufacturer refuses to divulge the contents of the new binder.

Check the claims and demand evidence. Be aware though, that where commercially sensitive information is involved, the manufacturer is unlikely to be forthcoming. This is a tough fact of the real world. A way around it is to play the game of 'What it isn't' - by asking the manufacturer, for example, to confirm that a material contains no chemicals on a list of toxins (eg the 'SIN' list, or that from another campaigning organisation), materials of concern can be ruled absent from the product.

This is where a manufacturer will concentrate attention on one aspect of environmental impact where they excel, whilst concealing one or more less impressive aspects. One such example might be where a manufacturer claims the FSC credentials of their plywood surface veneers, but omits to talk about the source of the core or the toxicity of the glues and binders used.

Take a good look at what constitutes the product or material. If you are unsure about the provenance or ingredient of some product, ask the manufacturer to state where it comes from and what it is made of. If the manufacturer is on top of their game, they will make available an Environmental Product Declaration (EPD). If a declaration isn't on offer, at least check the health and safety sheet for any human toxin content.

Already well-known in the world of consumer products where manufacturers will use empathetic emotionally-charged words that lack specific meaning ('pro-biotic' yogurt anyone?). 'Natural materials' (materials occurring 'naturally' include formaldehyde, uranium 235, arsenic and mercury); 'Non-toxic' (all chemicals can be toxic to humans, animals or the environment - levels of toxicity are determined by a range of parameters).

Ask the manufacturer what they mean by the statement, then look out for more of the same as they try to explain.

Greenwash: The ISO 14025 EPD  is a green certificate claim

But it does provide you with a list of contents and their environmental impacts structured around LCAs. EPDs are the way to go. But remember they can be written both for the cleanest carbon-negative insulation material as well as a lining board made from nuclear waste - Environmental Product Declarations are factual and non-judgemental.

Only a minority of products available in the UK actually carry any kind of environmental certification. But with the proliferation of 'ecolabels' in recent years, the discerning specifier will be forgiven for not recognising them all. Not surprisingly the marketing arms of manufacturers and the PR agencies of unscrupulous trade organisations are known to take advantage of this state-of-affairs.

All the best labels are operated by third-parties. The pan-European 'Blue Angel' label, for example, is operated by a completely independent group who pride themselves in having a 'jury' which regularly changes its personnel to prevent the possibility of any conflicts of interest. There are some labels though that are run by trade bodies and there are even labels that are the sole preserve of the individual manufacture - dreamed up over lunch between the MD and the marketing department who realise that a clever bit of graphics can go a long way.

In the UK third party labels are very limited and easy to recognise. If anything looks unusual, ask about it - the label might be a national or international standard or it might be rubbish.

Greenwash: Standard operational practice dressed up as a Green feature

This is one of the most pervasive 'green wash' claims. Devoid of any real Green features, the manufacturer will make the best of what's available. This most often takes the form of claiming that the material is 'recyclable' where it has already been common practice in that industry sector. Manufacturers of steel baths will claim that their product is '100% recyclable'  whereas vehicle manufacturers almost never claim the same, even though cars  are routinely recycled. Most aluminium is recycled too - although it's long been done for economic reasons, not environmental.

Also misleading is the claim where a material can be 'recycled' when in reality, although it can be theoretically recycled, it almost never is. A good example is where manufacturers of PVC windows claim that their material is recyclable. It is, but hardly anyone would want to or can use the resulting product (though this is gradually changing) - hence there is no great industry in recycling PVC.

Standards too, as is their purpose, change industry. For example, where once the use of FSC-source timber was rare, it is now common practice. It's a great indication of the success of that particular campaign - so much so that it has become routine practice rather than a distinguishable feature in the timber trade. Its still good to see the label, but there will come a time when other Green features will have to be listed.

Ask the manufacturer what the big deal is all about. If recycling is involved in the claim, ask them who is recycling their material and who is using it for what. See also the note at the bottom of the page looking at the distinction between pre- and post-consumer waste content.

Greenwash: The 'Beard' or tokenism

It can be a token Green product that a company presents to the market to demonstrate its Green credentials. The product may have exceptional environmental aspects, but the company behind it continues to produce a much larger and undistinguished output. An example might be where a manufacturer will promote a concrete block made up from recycled aggregate and using cement substitute. It might have set-up a dedicated factory powered by renewable energy, but all the other product ranges, the larger part of the manufacturer's business is left undeveloped. Virgin aggregate and Portland cement continue to the be order of the day. Is it for the benefit of concerned shareholders, is there a rogue 'greenie' executive at work? Who knows.

Surprisingly more prevalent than most people would expect.

Where data is involved, check where it has come from and who (if anyone) has verified it. If a label / certificate looks suspicious, ask to see the certification papers issued by the licensing body.

If in doubt about what you see or read, ask the manufacturer!