Draughts and thermal bridging are two different problems yet have much in common: they make old buildings chilly and drive up energy demand. Tackling the source of the problem rather than the symptoms is essential and, when retrofitting or extending, great care must be taken not to create air gaps or thermal bridges or to exacerbate existing problems.

The uncontrolled movement of air (draughts) is common in old buildings and occurs at junctions and gaps in the building envelope such as around windows and doors, pipe and cable entry points and less obvious places such as through the holes made in ceilings for recessed downlighters. These openings add up. The gaps between floorboards in just one room alone may be equivalent to leaving a small window open, so represent a significant heat loss. It’s also worth remembering that insulating a draughty building will produce limited results if measures are not taken to reduce this air leakage.

Dealing with draughts in old buildings requires care to avoid damaging historic fabric. Several fully reversible propriety systems are available for plugging the gaps between floorboards - carefully applied string and glue pushed into the gaps is another option. Chimney flues may be temporarily blocked to prevent draughts when not in use using a chimney ‘balloon', chimney ‘sheep’ or chimney ‘umbrella’. Windows and doors may need overhauling so they close properly and, in the process, can be fitted with inconspicuous draught strips. Heavy curtains and blinds also help cut draughts while providing a degree of thermal insulation. Less obvious are simple measures like ensuring the spring of a letter plate is holding it firmly shut and fitting keyhole escutcheons with covers. As in new build projects, special airtightness tapes, designed for specific applications like sealing windows, masonry and membrane junctions, should be employed when retrofitting or renovating.

Thermal bridging is an increasingly recognised problem when insulating older buildings. A thermal bridge results when the inside and the outside of the building are directly connected through elements that are more thermally conductive than the surrounding areas: screws penetrating insulated plasterboard and timber joists passing through an insulation layer are just two examples.

Design details that avoid thermal bridges need to be carefully thought through and implemented - if wrong they can have disastrous consequences. Window reveals are a major concern. When installing internal wall insertion (IWI) these are sometimes neglected because of the lack of room to build out the insulation to the required thickness. This has a big impact on heat loss from the building as a whole: research suggest that 150mm IWI without insulation on reveals is equivalent to 80mm IWI with 20mm on reveals. 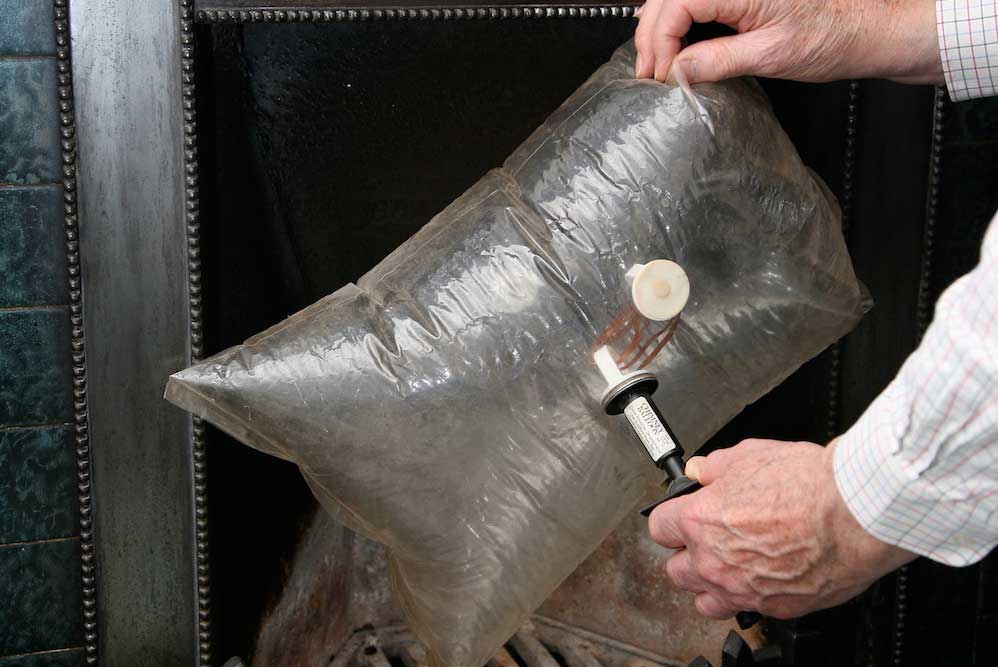 Gaps between floorboards can be sealed with proprietary systems 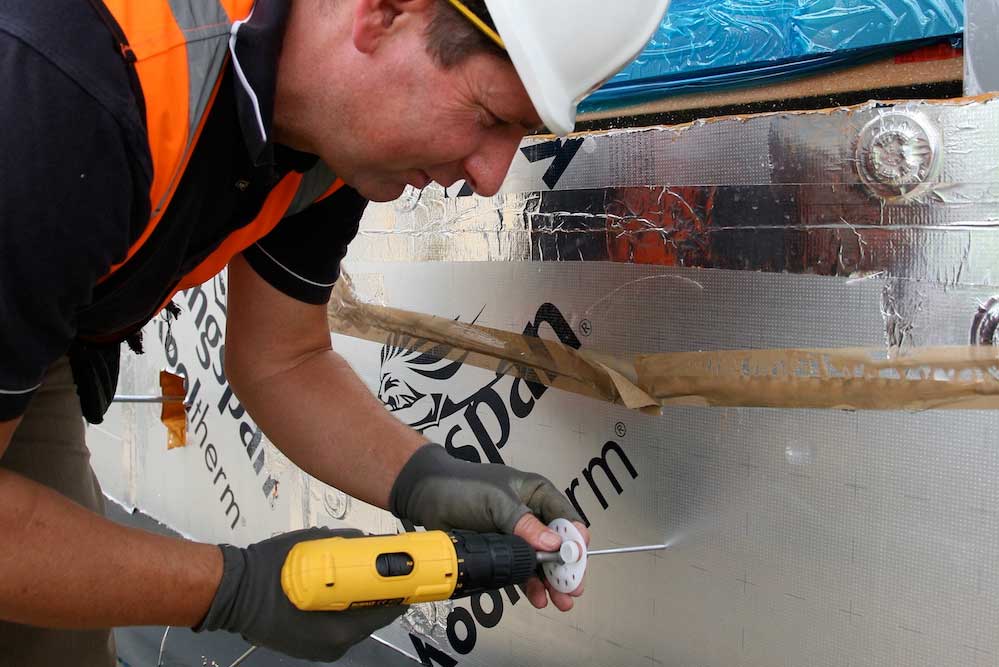 A fixing with a thermal ‘break’ is used to fix insulation 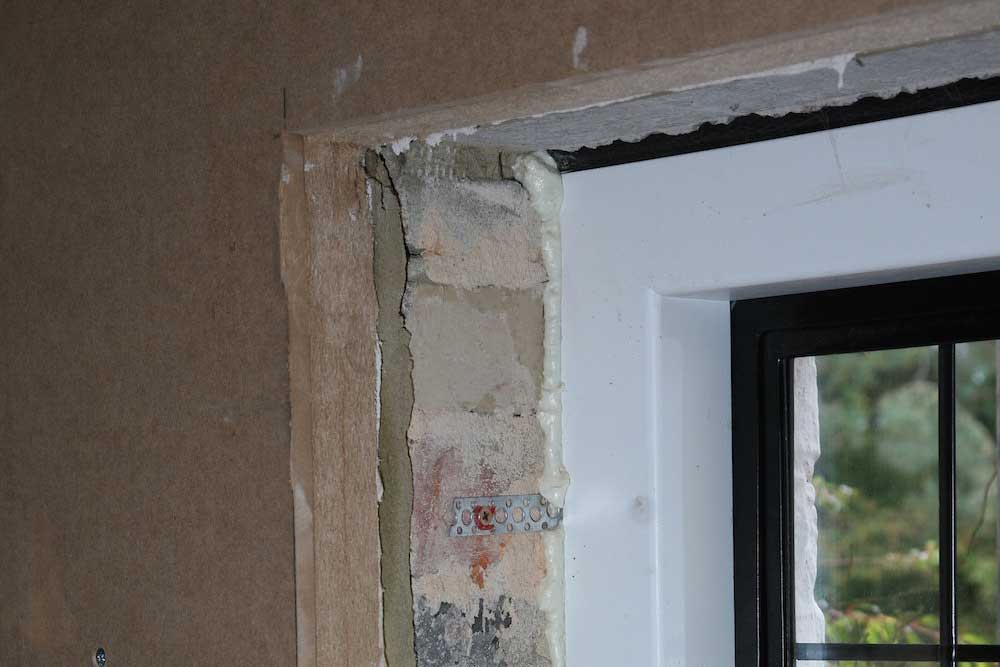 Thermal bridges at window reveals are a major concern