2 strands of research have emerged recently that suggest two contrary mechanisms in the way coniferous forests contribute to the climate change equation.

• It is estimated by Laboratoire des Sciences du Climat et de l'Environnement that Europe's summer temperatures have increased by up to 0.12 C since 1750 owing to changes in forest planting.

• Over the last 150 years forests have been planted out with the faster growing conifers used in construction at the expense of less commercially viable broadleaf species.

• Conifers like spruce and pine are darker and absorb more solar radiation than species such as oak and birch. Lighter leaves reflect more radiation back into space (the 'Albedo effect').

• Modern managed forests also absorb less carbon than the naturally growing forests pre-1750.  This is because modern techniques of harvesting trees release carbon that would otherwise be stored amongst forest litter, dead wood and soil. 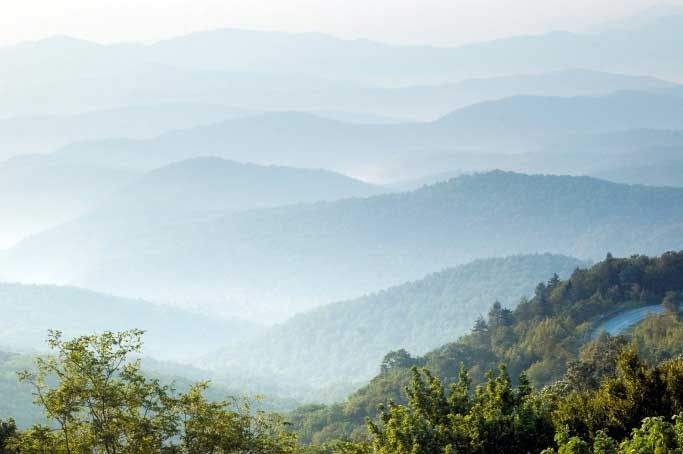 Aerosols are minute particles suspended in the atmosphere. When these particles are sufficiently large, we notice their presence as they scatter and absorb sunlight. Their scattering of sunlight can reduce visibility (haze) and redden sunrises and sunsets.

Aerosols interact both directly and indirectly with the Earth's radiation budget and climate. As a direct effect, the aerosols scatter sunlight directly back into space. (Nasa)

Forests emit large quantities of volatile organic compounds (VOCs) to the atmosphere. Their condensable oxidation products can form a secondary organic aerosol which then becomes a significant and ubiquitous component of atmospheric aerosol. Research published in Nature (27-2-1016) shows the chemical processes by which several VOCs, such as monterpenes, from pine forests form particles that grow from just one nanometre in size to 100 nanometres in about a day. These airborne solid or liquid particles can reflect sunlight, and at 100 nanometers they are large enough to condense water vapor and prompt cloud formation.

Boreal or coniferous forests give off the largest amount of these compounds, so the finding is especially relevant for the northern parts of North America, Europe and Russia.